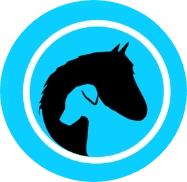 The Downfall of the French Bulldog

They are no longer classed as a typical dog breed

It is no surprise that French Bulldogs can no longer be classed as a typical dog, the above picture (left) dictates what they have become. They are now rather a pretty big health issue rather than your typical loving family dog. The picture (right) is what we should be looking for when purchasing a ‘frenchie’.

Right now they are more a fashion statement rather than a dog you would take for a long walk to the beach, they used to be a big personality. Quirky, playful and full of energy. Years ago they used to be used as alert dogs due to their nature not to bark unless there was a good cause. Frenchie’s used to have a decent sized snout, long legs, much less compressed spine etc. The list is endless. My advice would be to avoid this breed if you can, but if you do have to buy one please do your research on their conformation and background and know what you are looking for. Right now the breed has developed a high vulnerability to spinal issues,  obstructive airways syndrome, ear discharge, skin fold dermatitis, difficulty giving birth, breathing struggles and a hand full of musculoskeletal issues to boot. By personal experience the amount of Frenchies I have had in for Invertebral Disc Disease (IVVD) recently has been astonishing and really has given me food for thought.

The recent study by (O’Neil et al., 2021) on over 2000 French bulldogs only confirmed that they are now a health issue rather than a normal dog. I encourage you to read this study which I have placed the link below. Throughout this study he talks about how we can mitigate these issues and basically what the French bulldog has become. He suggests that we now look at French Bulldogs with suitable conformation and only breed from them to reverse breed and get a suitable less problematic dog. However to monitor this would be impossible with the amount of breeders out there now who simply do not care, this is a problem which will continue for years.

By the way French Bulldogs are not even French. The irony is this started longer than we first thought, its not just celebrities that caused this drive in popularity recently. They are a descendant of the British Bulldog and the runts of the litter and smaller dogs were sent to France, hence the name French Bulldog. Already the problems have started with runts and smaller sized being bred and sent to France and so the trend continued to this very day. These so called special breeds are going for thousands of pounds when realistically unless you do your research throughout the short life of your French bulldog. You will end up paying thousands upon thousands in veterinary bills.

Maybe just get a Mungrel instead? Or perhaps visit a dogs home to adopt?